What To Expect When Climbing Mount Batur in Bali 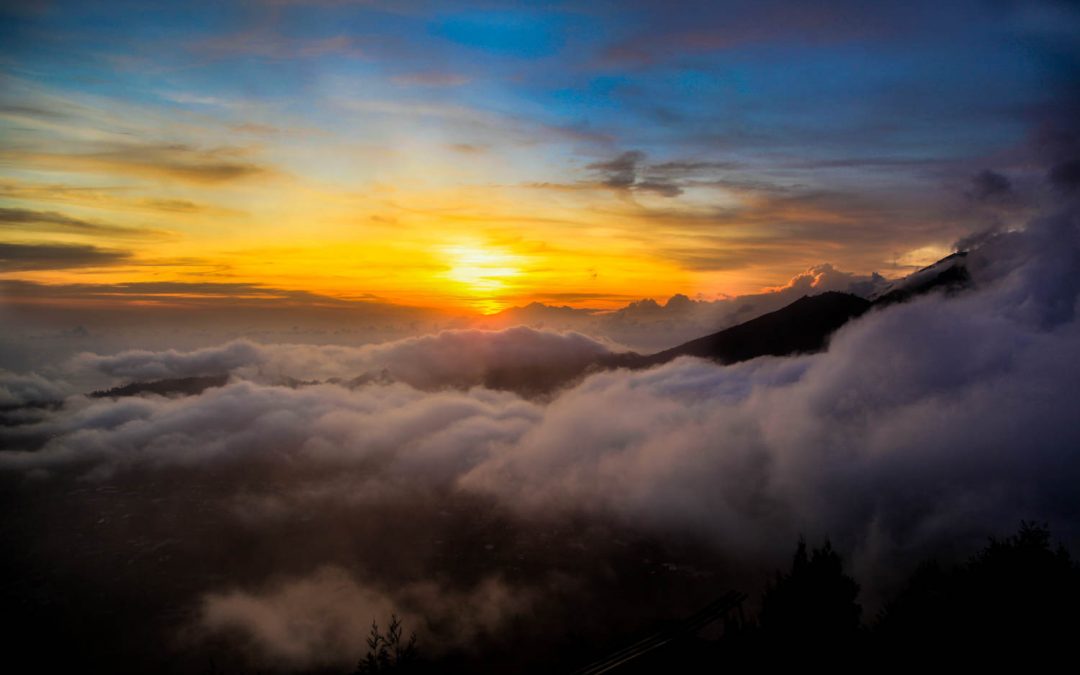 Climbing up Mount Batur Bali to see the sunrise was one of my favourite things to do in Bali and I would recommend it to anyone fit enough to get up it. There are many tour companies who offer the sunrise climb to tourists and you can either book in advance or wait until you’re on the island. I booked the tour online through a company called Voyagin, who provide numerous tours all over Indonesia.

With many things in Bali you can bargain your way to a better price, so it might be a good idea to wait until you are there. Although with an organised trips such as climbing Mount Batur, I feel like the prices won’t differ too much. 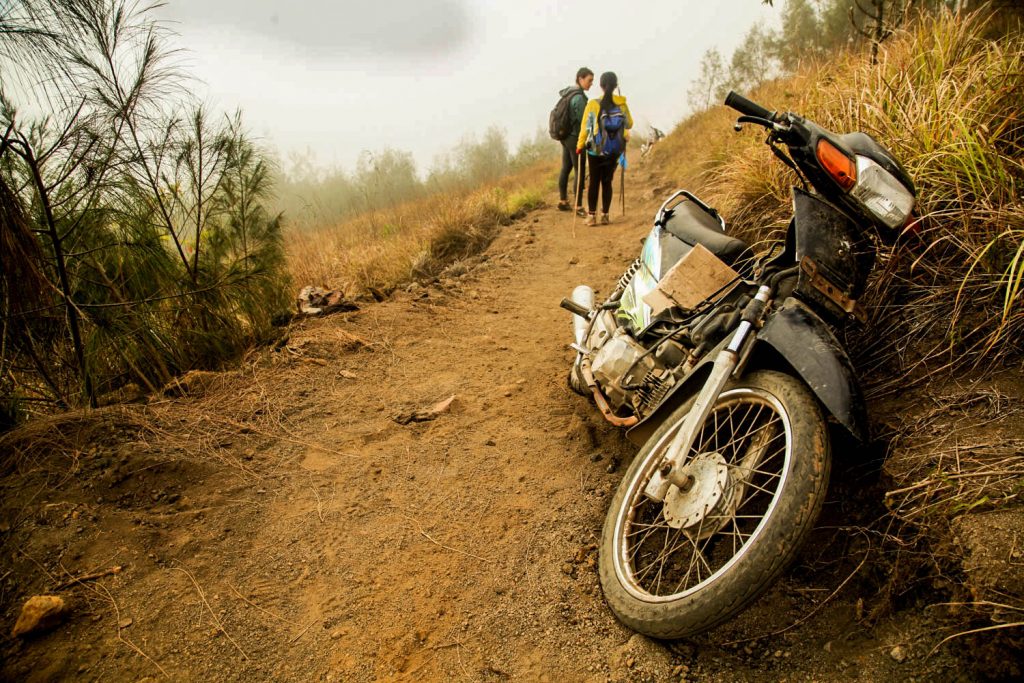 It is important to know that it is a pretty difficult uphill hike taking around 1.45hours to get to the top (depending on how fit you are/how fast your group moves). Most of the hike is uphill and it rarely plateau’s which makes it a struggle (especially for asthmatics like myself).

There were all kind of age groups climbing to the top, some who needed extra time and a few that had to head back down as they found it too difficult. It is a real challenge on your legs so be prepared for the burn.

The tour leaders are however fabulous and help you wherever possible. My tour guide made “walking sticks” for us all out of a few branches she found on the way up which helped us massively on the way down where it can be quite slippy with the loose rocks.

There are many loose rocks throughout the entire climb so you need to watch your step. 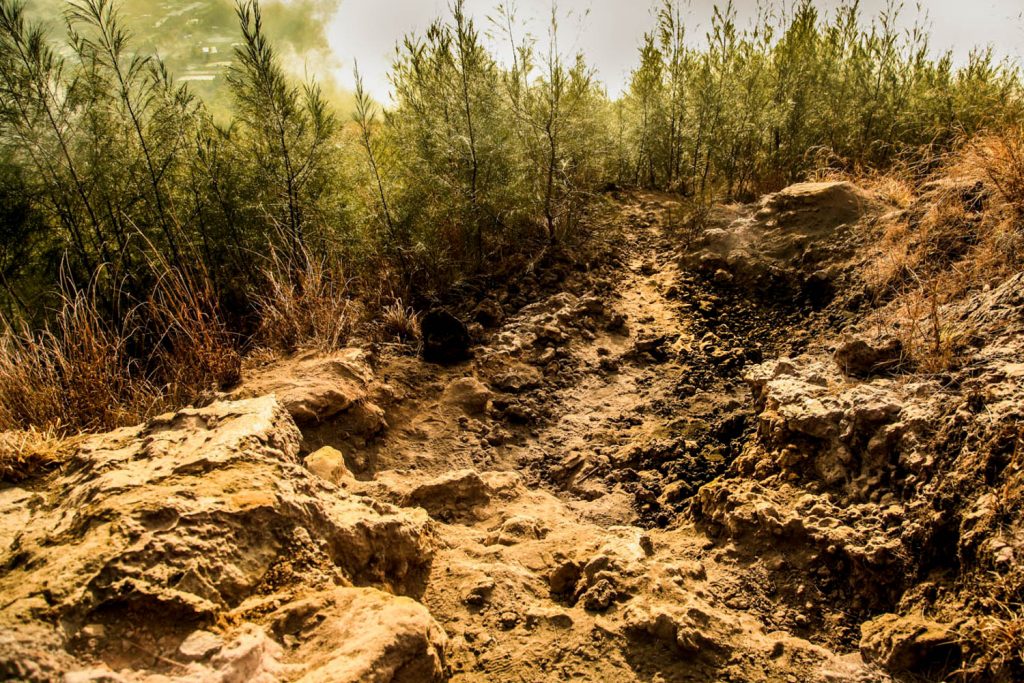 A lot of people worry about not having the correct footwear to complete the hike up Mount Batur Bali. I read a number of reviews saying how walking boots were a must, but I tried my luck anyway.

Of course, it is a bonus if you have proper walking shoes with a good grip, but a lot of people manage to walk up it in their trainers. I wore my Nike Roche trainers and although I found it slippy in a few spots and had to walk sideways sometimes, it was do-able. They do get filthy mind.

I would say around 75% of people in my group had trainers on so don’t be put off not going, purely because you don’t have the “correct shoes”. 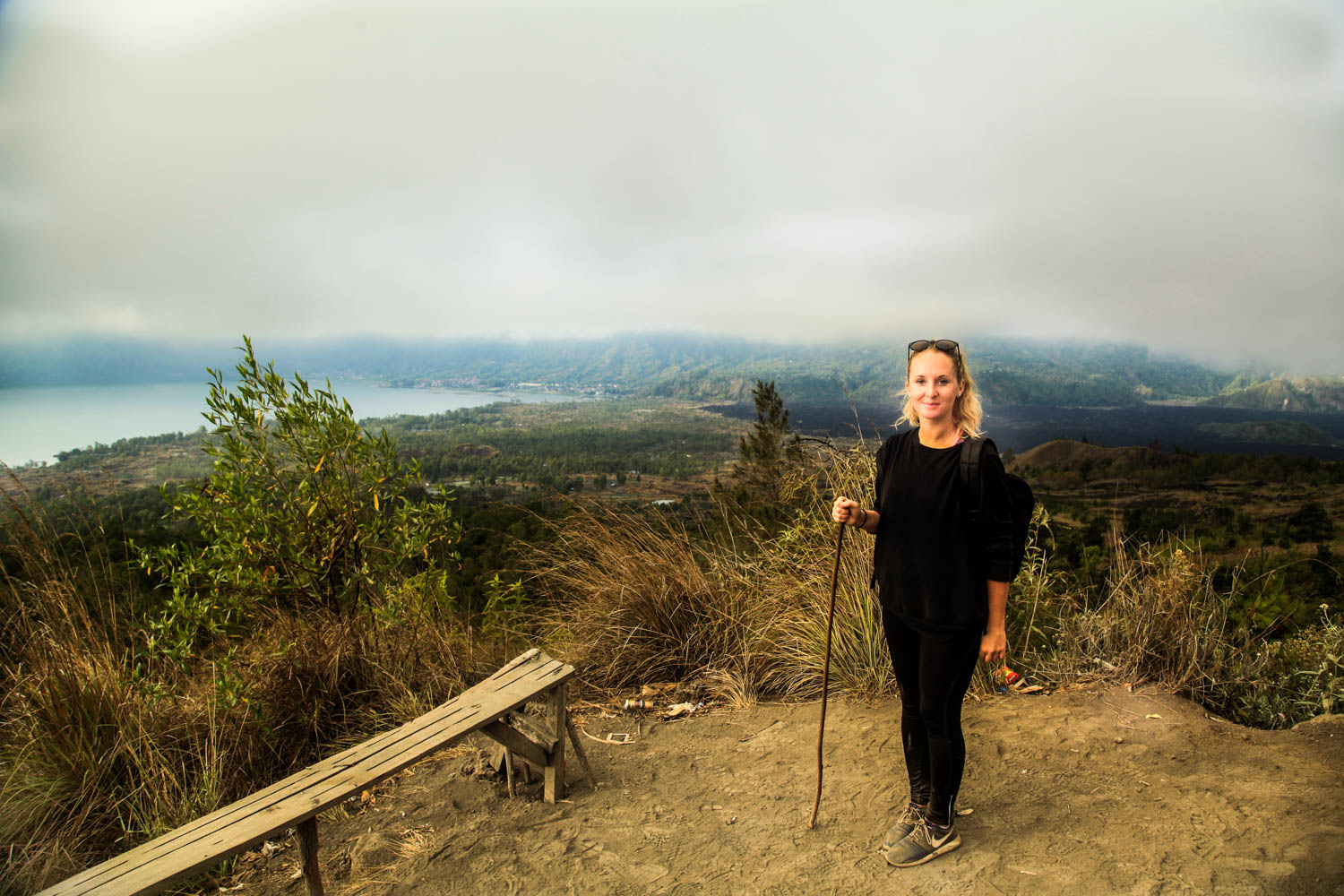 What to Expect When Climbing Mount Batur in Bali

The air at the top of the volcano is cool and it is advisable to take a jacket during the wet season (October-April). It can get quite cold as you eat your breakfast up there. You will most probably wear your jacket as your arrive, giving that it is 4am, but 10 minutes into the climb that thing is coming straight off! I have never sweat so much in my entire life. I was absolutely dripping and wish I had worn a bikini (over dramatic once again!).

When we were having breakfast at the top of the volcano however, I for one was very glad I took my jacket.. 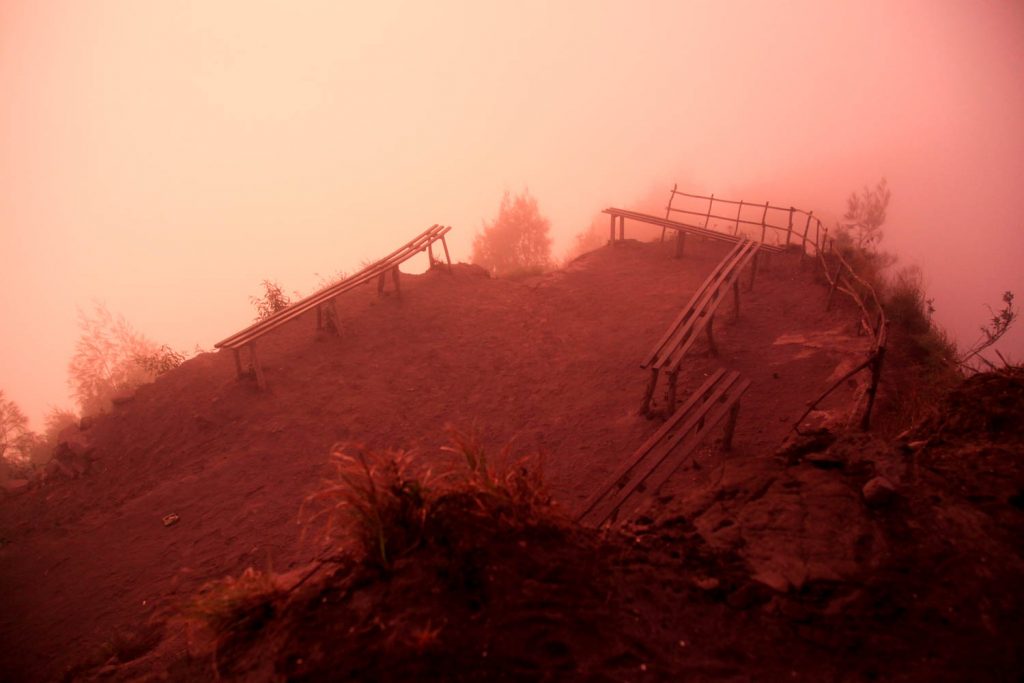 The hike up Mount Batur is not the easiest of things to do but it is 100% worth it when you reach the top and watch the sunrise over Kintamani Highland. There is something so surreal about being at the top of the volcano, especially as the sun starts to come up and shines on the land below. 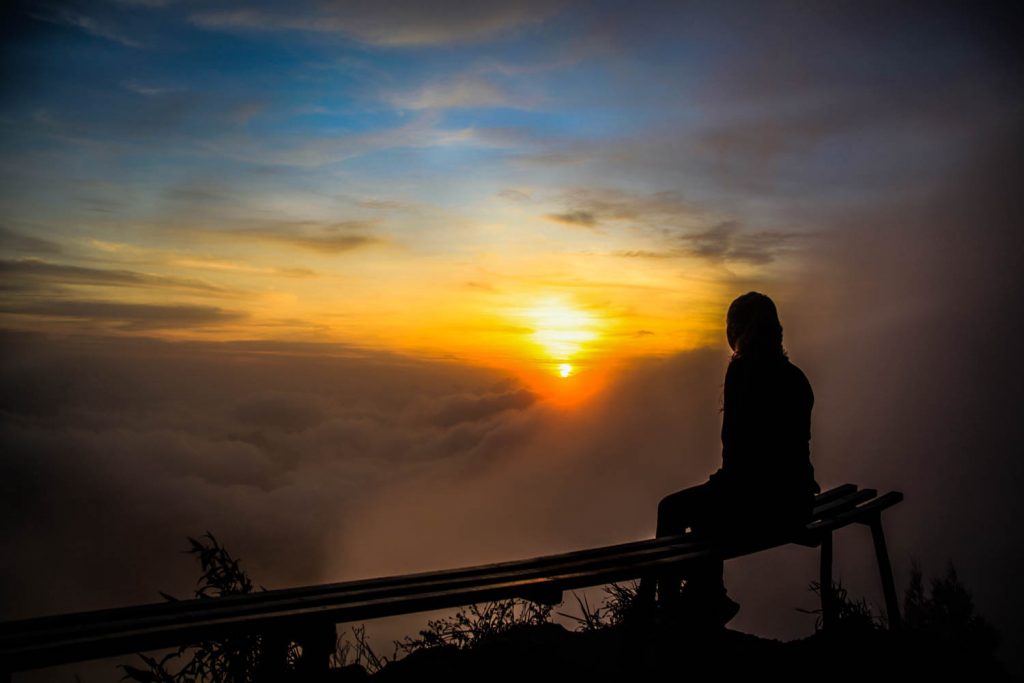 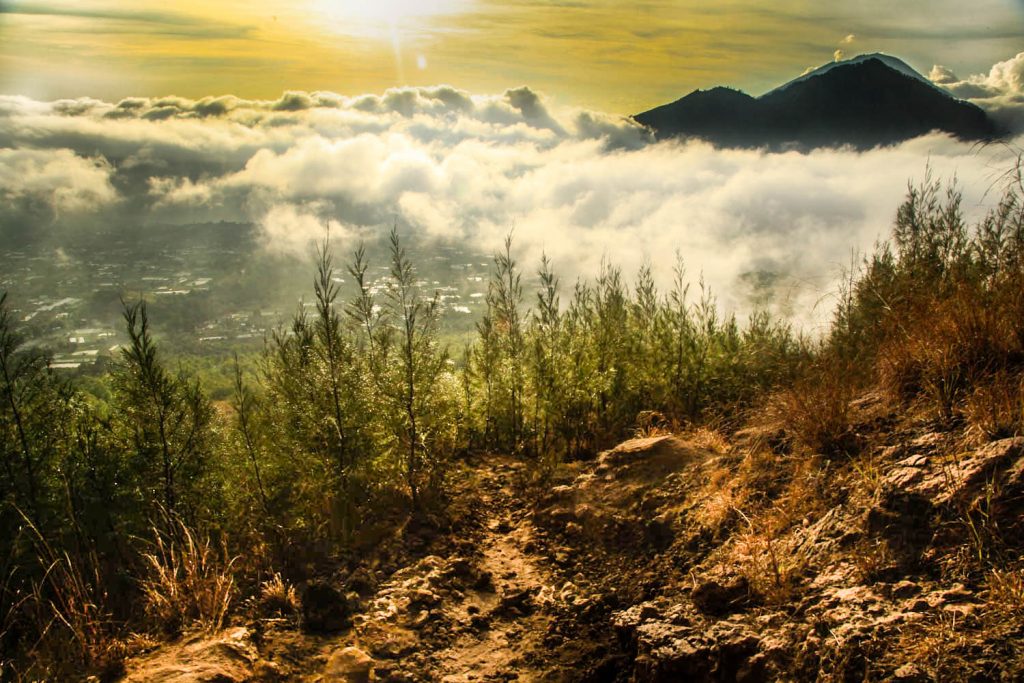