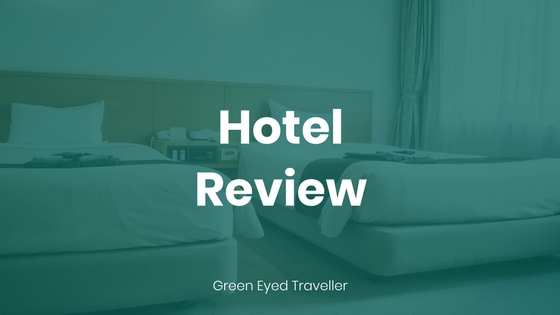 As we arrived at the hotel, the owners claimed they hadn’t received our booking. I showed them our confirmation email and then their story magically changed. They tried to blame Expedia and said we should have booked through Booking.com which in itself was a joke. We have used both of them religiously and never once had an issue, which I explained to them. We were then told our room was “broken” – whatever that means.

Apparently, there had been a storm the night before and there were no rooms available for us, even though we had already booked one. We were not informed by the hotel that there wasn’t any room for us so naturally we turned up on the day, expecting a room.

We had spent 1-hour in a taxi, followed by a boat journey & an interesting scooter ride with all of our luggage to then be told the bad news.

We were offered a bed in the 6-bed dorm they had downstairs which was dirty and very small. After having paid for an Ocean View Deluxe room we kindly refused. The owners were no help and started to get angry and become aggressive with us, so I booked a new hotel right there and then.

We asked them for a lift as we had no way of getting to this new hotel, with no wifi (it was also “broken”) and no Indonesian sim to call a ‘taxi’. We expected them to offer us a lift, free of charge – a form of compensation. They drove us the 10-minute drive but demanded we pay them. We would have usually refused but we were very unsure as to how the situation would play out and it wasn’t worth it.

We also had trouble getting a refund from them. We asked them for our money back but they said that because WE ‘cancelled’ they weren’t entitled to provide us with a refund. By this point we were so angry so decided to contact Expedia’s customer service. Expedia backed us up and demanded they paid it back. We had a 3-way conversation (I’m pretty sure the owner was unaware that I was on the other end of the phone at first) and insisted we CHOSE not to stay in our ‘broken’ room, when in actual fact we were never even shown to it.

Unfortunately the con’s outweigh the pro’s on this one.

If you are looking for somewhere to stay in Nusa Lembongan, we ended up staying at Sunrise Hut’s and thoroughly enjoyed our stay.