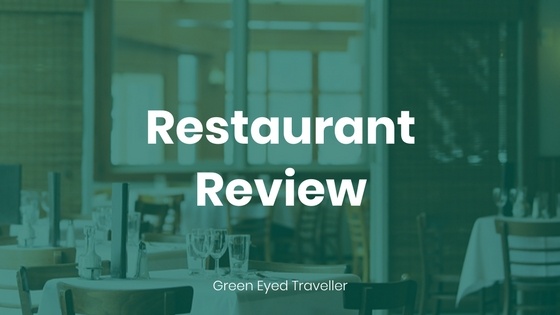 Just two streets down from the Basilica church, we found an amazing lunch deal for 10€ at Ciao restaurant.

St. Peter’s Basilica is in the heart of Vatican City which is a very popular area for tourists. It is unusual to find cheap deals in these particular areas, but this restaurant offered just that.

The deal consisted of either a Pizza or a Pasta dish, followed with either a Tiramisu or a Crème Caramel and a drink of your choice. The drinks included red or white wine, a beer or a soft drink.

We wanted to see what the standard of food was like for the price, and quite honestly we weren’t expecting much. 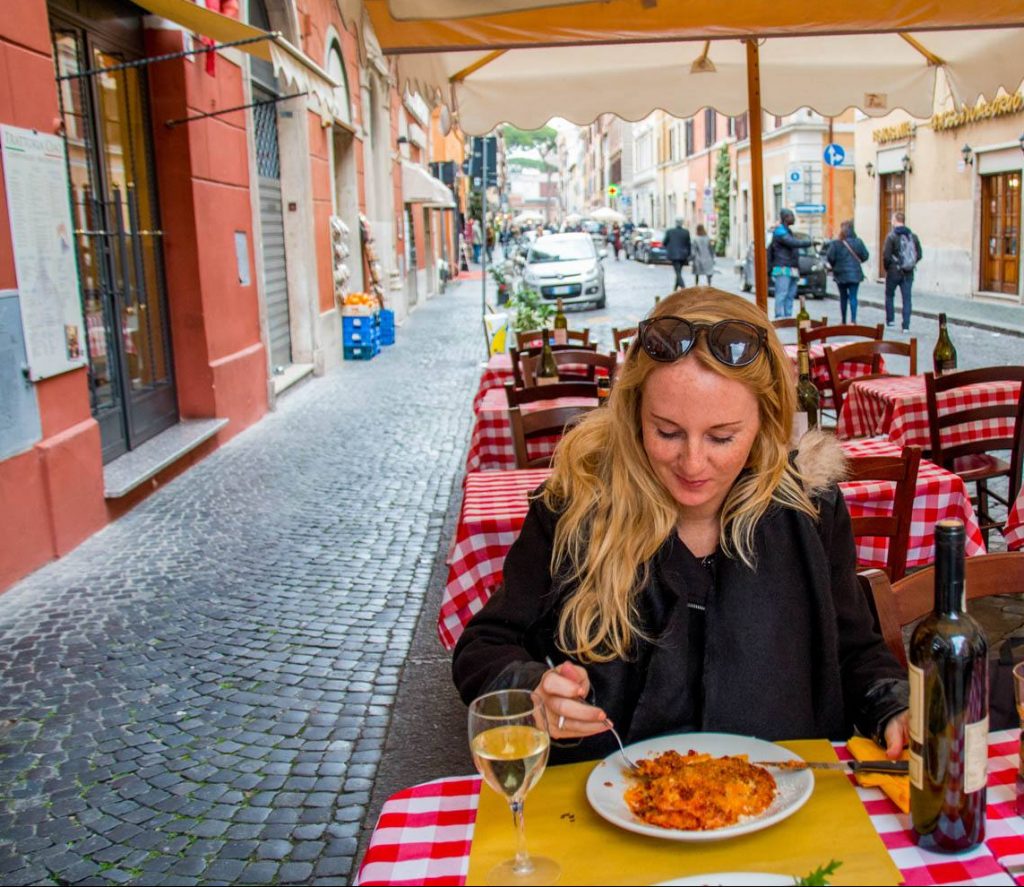 Most people were sat indoors in the warmth but we fancied something a little different. It was lovely to sit outside in the small, cobbled street of Rome, people watching while we ate our lunch.

We ordered a Lasagne and a Proscuito Pizza, a glass of wine and 2x tiramisus.

The meal can only be described as “Cheap and Cheerful”. Just like a good old English Pub meal, but an Italian version.

We were served a simple, small pizza, half the size of the pizzas in most other restaurants we ate in. It was however topped with a generous amount of ham, rocket and cheese, but lacked in flavour. Charlotte ordered a Lasagne which tasted nice but was presented very poorly.

The glass of wine was average and the Tiramisu was very small in size. Enough for an after meal bite but not big enough for a standard dessert.

This restaurant could improve greatly in a number of areas if they spent a little more money to increase the quality of food (and increasing prices), and spent the time getting to understand their ingredients and flavours. The food was more than edible, it just lacked flavour.

We can’t complain for a meal at that price.

At the end of the day, we would recommend eating here to anyone looking for a cheap meal in Rome, but if you are wanting to experience the true meaning of Italian cuisine, visit Ristorante di Porta Castello.