Best things to do in Krakow 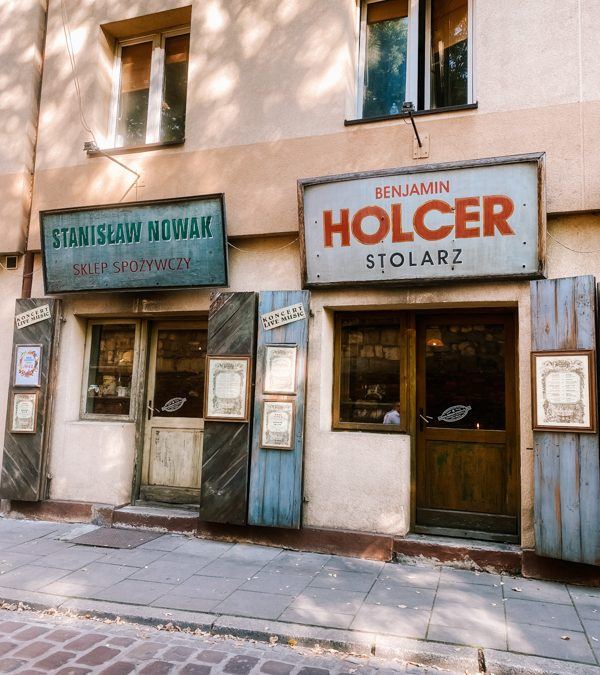 From personal experience, here are the best things to do in Krakow. I stayed there for 4 nights, 5 days and managed to do quite a lot of things! Here are a list of suggestions and you can choose which ones you think will be best for you, depending on the amount of time you have 🙂

One of my favourite experiences was the tour around Nova Huta with Crazy Guides. You will travel back in time in a genuine Trabant vintage car while you are taken around the Nova Huta District.

The tour includes a stop at a nuclear bunker, built in the 1950s to protect the population in the event of a nuclear war precipitated by the outbreak of World War III – a very real threat during the Cold War.

There are still papers on the desks from that time, which I found really cool.

You will also stop to try a sample of the local vodka!

Ellie and I decided to dress up in vintage clothing to look the part. We really enjoyed this trip 😛 !

The main square of Krakow has a great vibe! It is one of the most impressive medieval locations in Europe and was an obvious choice for UNESCO’s World Heritage List.

Every hour on the hour, there is a man who plays the trumpet from all 4 windows of St. Mary’s Basilica.

There is an indoor market, lots of cafes and restaurants, and live music. It’s a good place to spend sunset!

In the main square you’ll find the Town Hall Tower
This gothic tower is all that remains of the 15th-century town hall.

The 70m climb offers a view over the Old Town, however I personally don’t think it is worth the money.

It costs around €8 to go up, and you can only see the view from behind the glass of a window.

I did two walking tours, one around the old town of Krakow and one in the Jewish District.

I highly recommend doing both if you are interested in learning about the history of the city.

The National Park is only a 1 hour drive away from Krakow so it’s the perfect place to spend a day and escape the city life!

The landscape of the park is formed by numerous rock formations of late-Jurassic limestone of white and light grey colour.

The coolest area in the park is where rock formations known as Krakow’s Gate are located.

Another place to visit inside the park are the ruins of Kazimierzowski.

The creation of the castle is connected with the fortification activity of King Casimir the Great in the second half of the 19th century.

Entrance to the castle varies in price between €5-10 depending on how much you want to see.

Night out in Kazimierz

If you fancy a night out in Krakow, this is the place to go.

Did you know that there are around 84 univerisitie in Krakow!?

Kazimierz is the student hub of the city, but there are also tons of people hanging out in their late 20’s/early 30’s.

We went to a bar called Singers which seemed to be popular among the older locals. We then moved on to another bar which had a younger crowd but I need to try and dig out the name for you!

If you have extra time while you are in Krakow, you could consider making a visit to the historical Salt Mine in Wieliczka. It is the only mining site in the world that is still functioning since the Middle Ages. It is located a 25 minute drive South of Krakow an attracts around 1 million tourists per year!

Auschwitz concentration camp was a complex of over 40 concentration and extermination camps operated by Nazi Germany in Poland during World War II and the Holocaust.