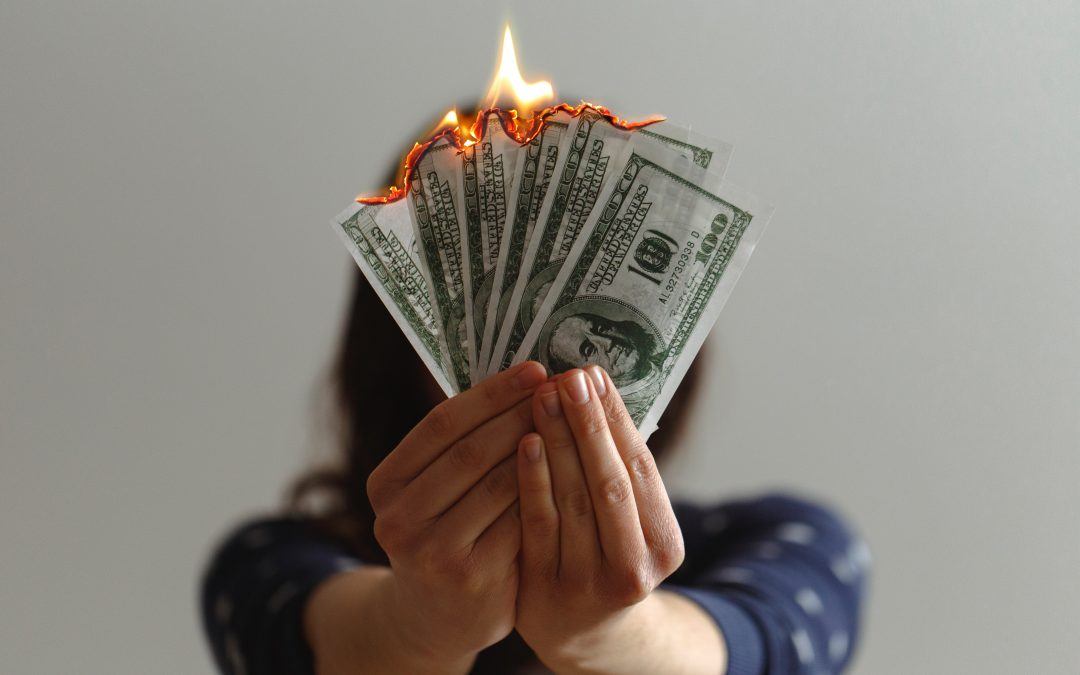 Right then. Let’s dive straight into why I decided to write a blog post about the Currency exchange rate scams in Bali. Basically, I don’t like people who deliberately try and scam others – period.

I got scammed, and I don’t want the same thing to happen to anyone else.

I have been “living” in Bali for 6 weeks and absolutely love being here. The people, the food, the attractions, you name it, I love it. Unfortunately no matter how much good there is in a place, there seems to always be some bad.

The people in Bali are honestly some of the most heart-warming and friendly people I have met, however those who have set up a small currency exchange shack, don’t fall into this category.

How you get scammed at a currency exchange shop in Bali

So, I got my money changed at one of these small exchange shops as the going rate was too good to pass up on. They were giving more than what they should have been, meaning I was getting free money (we all know nothing in life is for free!).

It wasn’t a lot, but on a $500AUD swop for IDR I could have made $15. I had mooched around and seen various shops with similar prices to make sure it wasn’t a scam (lol).

I went into a small shop that looked pretty legit. The guy behind the counter counted the money in front of me and then I counted it, and this happened a total of 6 times because I wanted to make absolutely sure I had it right before leaving.

He handed over the final amount and I had counted it that many times I thought it was all okay. It wasn’t.

Luckily I only decided to change $100 that day as I had seen better exchange rates in another town. Later I realised that from the $100 I changed, the equivalent to $30 was missing.

I went through everything I had bought during the day, made calculations, and nothing made sense. My friend who I exchanged my money with said “maybe you were shortchanged”. All I could think was, how on earth did that happen when I counted it so many times and it was definitely correct?

So, I went back to another shop, this time bringing a guy with me, to test the theory that I had been robbed.

They tried to steal from me once again, from a completely different shop.

We both had a pile of money in our hand after counting it multiple times, and we decided to do one final check before leaving. The guy I was with checked his, it was perfect – the exact amount. I checked mine and it was $50 short. HOW!?

I called him up on it straight away and he said, “oh, let me check”. He knew he had been caught and proceeded to say “ah, yes, with the tax…”. I said, “stop right there. Firstly you cannot charge me tax WITHOUT telling me you are going to and secondly, no way am I paying $50 tax on a $200 exchange”.

I demanded my money back, to which he accepted. After a few moments of standing there in complete shock, he calls me over and says he will give me the correct amount – to which he did.

How do they do it?

They offer an exchange rate over the going rate to attract your attention.

He counts the money in front of you, you count it, back and forth a few times and he hands over the money. This happens as many times as you wish.

On his final count, he will sneakily pull a few notes out of the pile before handing you back the ‘final’ amount.

I spoke to a few expats who live in Bali, and they told me that it is a common scam that happens to 100’s of tourists!

Currency Exchange Rate SCAMS in Bali – Moral of the story

You can get your money exchanged in the supermarkets. They aren’t as great an exchange rate, but still only set you back a few $. This way you know it is legit and you won’t be ripped off. It is definitely worth it.

If you would like to go ahead and try your luck, I suggest doing it with a friend. Check the amount just before leaving and call them up on it if it is off. I have found that a lot of Balinese people don’t like confrontation, thus they will give you your money back if you catch them.

Use the ATM machines to withdraw IDR. I have an international card with *TransferWise which offer free transactions worldwide.

COVID-19 UPDATE APRIL 2020: Be extremely careful taking cash out of an ATM in Bali. There have been multiple cards copied in Canggu over the last week. Someone even uploaded a photo of a tiny camera that had been installed into the keypad of an ATM. Use the ATM’s inside the banks to reduce the risk of having your card cloned and your money stolen.

If you are heading to Bali, check out my other blog posts here.